FOCUS presented a new hybrid format for its seventh year – an expanded digital offering and a return to in-person activity at the Business Design Centre London – resulting in a record number of participating countries for the 2021 edition.

Over 3000 professionals from all sectors of the creative screen industries, and from a record 118 countries, participated online and in-person. Two days of conference and meetings at the Business Design Centre in London (December 7-8) ran alongside an extended digital platform (7-10 December), which built on the very successful virtual edition in 2020. 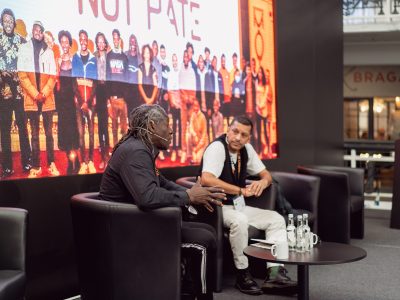 Attendees were able to meet both live and virtually with 187 exhibiting companies, including international film commissions, agencies, film-friendly locations and production service companies, offering filming incentives and production solutions for all types and sizes of project.

54 conference sessions and exhibitor presentations featured over 150 industry leaders. For the first time the programme was simultaneously presented live at The Business Design Centre and streamed on the digital platform. Topics at the conference programme addressed the fast pace of change in the creative industries, ranging from film financing, co-production, diversity and inclusion, the metaverse, NFTs, sustainability, virtual production, Christmas advertising campaigns, training for the production boom and much more. See the full programme here.

… and many others. See the full list of speakers here.

A new strand for 2021 was The Practical Pop-Up, in association with FilmFixer, offering a wealth of physical production tips, including filming on the streets, with drones and remotely. 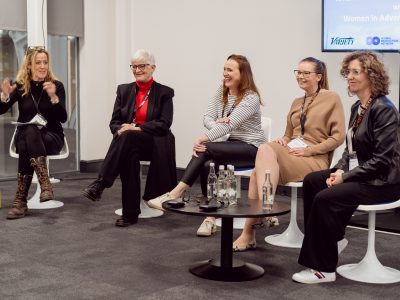 The Conference programme is presented in association with media partner Variety. Global Production network (GPN) was a new sponsor for this year’s edition.

The Green Zone once again had a prominent presence at FOCUS and featured a presentation area within the Sustainable Lounge built by the Centre For Sustainable Production.

Over 1500 Speed Networking meetings took place on the digital platform. Networking partners at the BDC included Producers Without Borders, Women in Advertising Production, Fresco Film Services, LMGI and Variety. FOCUS culminated with a special event at BAFTA to launch The makers and shakers Awards, celebrating excellence in global production, presented by makers magazine, The Location Guide and FOCUS. 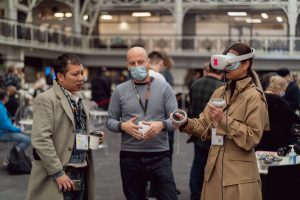 FOCUS Managing Director Jean-Frédéric Garcia said “This was the most challenging year to plan and deliver FOCUS, but we were determined to maximise the opportunities presented by the hybrid format. The whole team was delighted to be able to return to the Business Design Centre for a live conference and meetings. The digital platform enabled us to extend the unique FOCUS experience to a record number of countries. In these fast-changing times for the creative industries FOCUS remains a vital space to catch up with trends and connect with old and new industry friends.”

This was the most challenging year to plan and deliver FOCUS, but we were determined to maximise the opportunities presented by the hybrid format.

FOCUS The Meeting Place for International Production returns to the Business Design Centre London on 6/7 December 2022 for the eighth edition. More info at focus2022.com.